Mount Everest, the most famous and highest peak in the world with an 8848 m in altitude, is situated in the Everest Region of Nepal. Throughout the globe, many trekkers dream to make a milestone trek to the highest point on earth with incredible views of dramatic glaciers, deep settlements, and several magnificent mountains.

The trekking in this region takes you to some of the naturally astonishing places with diverse land features. The trail through the deep gorge of the Dudh Koshi River along with the caravans of the yaks and mules carrying the supplies to Everest regions adds more flavors to the trekking.

Trekking in the Everest Region of Nepal is by many also regarded as a cultural and spiritual Everest trek where travelers will get chances to encounter with legendary Sherpa villages and their unique sub-cultures. Apart from the Himalayan views, the Everest region is also filled with residential Buddhists Lamas, monks, and nuns, where trekkers can feel spiritual vibes and explore century-old Gumbas, as well as Monasteries.

The Everest Region is also one of the best destinations for wild adventure lovers because it also offers the fascinating Sagarmatha National Park in the Khumbu region of Nepal with some of the rarest bio-diversity and the highest mountains. Sagarmatha National Park is a home place for some rare and endangered species such as; red panda, Himalayan black bear, snow leopard, musk deer, Himalayan wolves, and many more. 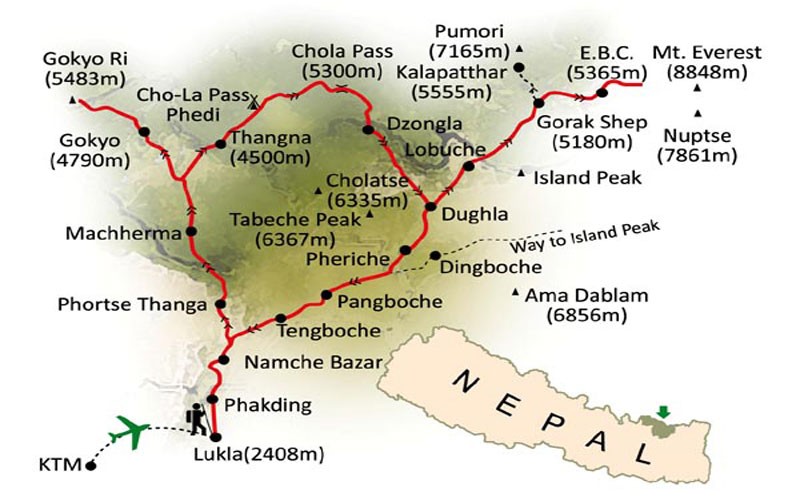